The debate over which type of computer reigns supreme has raged on for decades now. As with sports teams and political parties, people began to huddle into distinct camps, devout in their allegiances. In the computing world, these camps became Mac vs PC. And this battle has also bled into the world of music. For producers and musicians, the question of Mac vs PC goes beyond computing alone, but Mac vs PC for music production, specifically.

If you make music on a computer, your DAW - or Digital Audio Workstation, to give it its full name - is the most important tool in your creative arsenal.Yes, you’ll likely have a MIDI keyboard, audio interface, set of studio monitor speakers and possibly a microphone or two in your home recording setup as well, but your music production software sits at the centre of everything.

Today, people still tend to cling to one or the other. However, years of competition and exponential technological breakthroughs have shrunk the gap between Macs and PCs even further. This bodes especially well for music producers. More processing power means shorter export times, more plugins, faster workflow, higher quality sound, and so much more. But even with this overall improvement in computing power, most producers want to work within a single system. And Macs and PCs remain the two most viable options. So when it comes to Mac vs PC for music production, which is better?

What do we mean by Mac vs PC?

Before we go further with the specifics of Mac vs PC for music production, let’s briefly describe what we mean by Mac and PC. These labels get thrown around as general markers for Apple and Microsoft products, but this isn’t exactly right. Apple alone produces Macintosh computers and its operating system, macOS. Microsoft also manufactures computers and its operating system, Windows. However, several other companies such as Dell and Lenovo make computers that run Windows as well. To make matters more complicated, Windows can run on a Mac, and some people hack macOS onto their PC.

So in short, we’re really referring to the unaltered package here. If you buy a Mac, you’re likely running macOS, and if you buy a PC you’re probably using Windows.

What are we looking for?

We should first outline the parameters which will inform our decision when duking it out between Mac vs PC for music production. Which hardware or operating system does a particular thing better than the other? What are these particular things? They might be numerous, depending on how technical we want to get. We’re mostly concerned with music production, of course. So to keep things simple, let’s break it down into four categories: ease of use, compatibility, functionality/power, and cost.

Aside from ease of use, compatibility plays the biggest role in the Mac vs PC for music production debate. This includes both hardware and software. Both Apple and Microsoft have to walk a tightrope to keep up with advancing technology while not leaving average users in the dust.

When we say hardware, we’re talking about the physical components of the computer. Depending on the model and year of Mac or PC, the hardware can vary. The most recent MacBook Pro, for instance, abandoned the standard USB 2.0/3.0 port entirely and strictly adopted USB C. Yes, the latter is much faster, but most products still rely on USB 2.0 or 3.0. So if your interface is a standard USB model, you’ll have to dish out for an adaptor, which Apple is happy to sell you.

New MacBooks also lack a CD/DVD drive. Because most files are shared and stored digitally now, there isn’t much of a use for this drive, but it can still frustrate some users who enjoy using their physical collections or uploading/downloading data to and from discs. Likewise, you’ll need a special lightning cable adapter to hook up an HDMI cable to your Mac.

Windows Vs Mac For Music Production

On the hardware side, PCs might win the day here. Because PCs are made from parts that can come from more than one manufacturer, they’re highly customizable. More customization means more compatibility. But even without purchasing add-ons, PCs generally come equipped with more universal hardware out of the box. You won’t need special adaptors for USB, HDMI, or disc drives. Even beneath the hood, swapping out parts like graphics chips and processors tends to be a lot easier and cheaper for PC owners.

This isn’t to say Apple completely fails the compatibility test, however. Several music production companies design products with Apple in mind, since they understand their audience often uses Apple products. Apple’s iPhone has even found a niche in the mobile DAW market (check out these great iOS DAWs). In this way, Macs and other Apple products push the industry forward, but some fallout is inevitable.

As for add-ons, plugins, and software, you’ll generally find way more plugins available for Windows than for Mac (but check out these 25 free Mac plugins). When it comes to free plugins and VST instruments, PCs fare better as well. It takes a lot of research and time to find the best plugins for Mac, and even more time to find freebies. As for DAWs, if Logic is your program of choice, it will only run on Mac. Conversely, Sonar can only run on Windows. PCs can run more DAWs natively than Macs as well. You really have your pick on a PC: Cubase, Reaper, Ableton, FL Studio, Pro Tools, etc. While many of these top-tier DAWs also run on Mac now, they tend to work a bit better on PC.

This factor stems right from the previous one. Out of the box, Macs are typically more functional and stable than PCs. They even come pre-loaded with GarageBand, a good stepping stone for the amateur producer without a professional DAW. Macs are designed with optimization in mind already. PCs, which have a more general audience, vary a bit more in their functionality and processing power. If you only use your PC for light web browsing and emails, you don’t need the bells and whistles. But for music producers, artists, designers, and gamers, the more power and functionality the better. 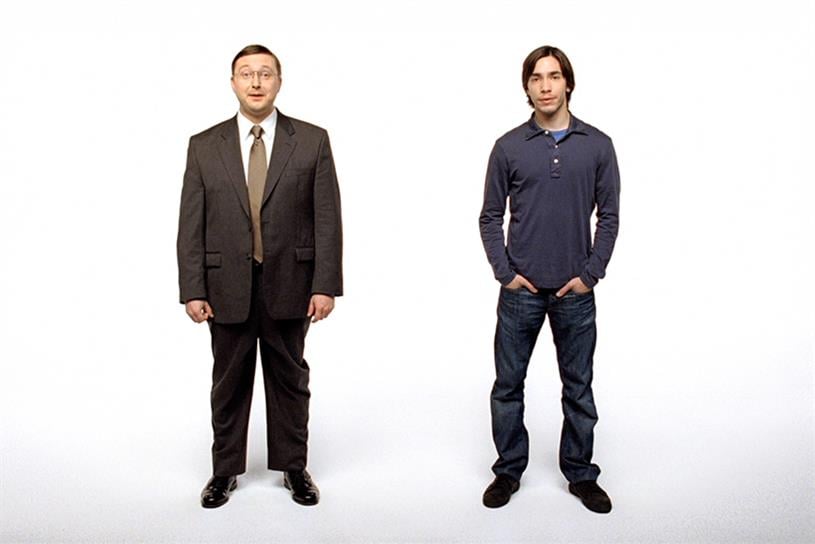 For some, even a high-end Mac doesn’t offer enough speed to handle everything, even if it’s generally more stable. And, as we mentioned, since PCs offer more customization, some creative types simply modify or enhance their PC to handle their work and play. Of course, not everyone has the money, skill, or knowledge to transform their PC into a powerhouse. So it’s really a draw here. Do you want more right away, or the potential to add more down the road?

Your ability to navigate your computer matters more than just about anything. You won’t get very far if you can’t get a grip on the design philosophy of your computer. Macs have dominated this space with intuitive design both inside and out. They’ve become known as the “creative person’s computer” in part for this reason. The applications of the MacBook touchpad alone make navigation and precision control incredibly simple. In Logic Pro, for instance, the touchpad acts as a multi-purpose mixing board, and it feels great.

Macs cost more, sometimes by a lot. This is partially due to fantastic branding by Apple, which drives up demand regardless of the product itself. But the product usually backs up the price. Macs run well, crash infrequently, offer a lot of power out of the gate, feature an intuitive interface and design, and live a long time. With fewer maintenance costs, the price of admission is usually worth it. These machines really are perfect for music production and creative endeavours in general. If that’s the experience you want, just be prepared to dish out a grand or two.

PCs typically cost less to start with. But, again, if you plan on modifying your hardware or software, the dollars begin to add up. Still, you’d have to modify your PC quite a bit to reach the cost of the highest-end Mac. In that case, your PC would likely perform better anyway. PCs might require more maintenance than Macs, but that gap is narrowing as well. So in the end, you could end up shelling out as much for a PC as you would have for a Mac, but it’s unlikely. And if you did, your PC would take the cake by a long shot.

Mac vs PC for music production: and the winner is…

Truth be told, you can’t really go wrong either way. Both Macs and PCs get better every year, and they’ll continue to improve so long as people continue using them. If you want a computer strictly for music production, maybe consider a Mac for its ease of use and built-in features. But if you plan on using your computer for several purposes in addition to music production, get a PC and upgrade it to your liking. The Mac vs PC for music production war rages on, and we all benefit from the competition. In the end, the winner is us.