That's how you jam pack the back end of a season.

So, Amazon, when's that renewal announcement for Hanna Season 3 coming?

While Hanna was trained to fight by her father and to avoid Utrax, a CIA program, at all costs, now, in season 2, out July 3, she has no choice but to interact with them, and the girls they raised. Our review of Hanna Season 2 Episodes 7 and 8 reveals what happens when Hanna, Clara, Marissa, and Utrax operatives all chase Tacitus's target list.

Before we rewatch Hanna Season 2, let's analyze these episodes when things finally started to go right for Hanna and company.

Granted, most of the earlier problems were created by two desperately lonely orphans buying into a false sense of family.

First, Hanna located the Meadows so she could rescue Clara, who didn't want to be saved, on Hanna Season 2 Episode 3.

Not having learned her lesson, Hanna invited Clara on her first breakout attempt from The Meadows, which was spoiled when Clara blabbed to snitch Sandy on Hanna Season 2 Episode 4.

A battered Marissa really must have been questioning moving to the side of the angels to protect Hanna and her well-intentioned crusades.

Lord knows Hanna will not listen to reason when she gets an idea in her head.

It took leaving the echo chamber of The Meadows for Hanna, then Clara, to decide that they didn't want to be on-demand assassins.

The TPTB should be given credit for introducing likable characters, only to have them killed off in short order.

Two examples would be Nicola and Mannion on Hanna Season 2 Episode 6, both murdered by Jules while Hanna was tied up dispatching those two Utrax thugs.

(What happened to Jules after Hanna Season 2 Episode 6, the highlight of her Utrax career? Why wasn't she involved in the hunt for Hanna, who she disliked anyway?)

The TV trope would have the hero (Hanna) arriving just in the nick of time, but that doesn't always happen in Hanna's world.

Granted, that occurred regularly in the final episode, but not as often as you'd expect overall.

The assassination of a forthright character happened again in the person of Tacitus, Robert Gelder.

The big surprise was that the prize everyone was seeking, the target list that Gelder was bringing to be published, actually came from Carmichael, however indirectly.

Carmichael attempted to recruit Gelder for The Pioneers but Gelder went in the opposite direction instead, seeking to expose them.

So it was clear that Carmichael felt guilt all the way through, for being the leak that threatens the Utrax program and for ordering a hit on an old friend.

Not that that stopped him. Once he hit the ground, he started shooting at anything that moved, including his now dead second in command, Leo. Back to the range, John!

Whether it was Carmichael or someone further up the Pioneers food chain, it was a great concept to use Marissa to track down Hanna.

It made sense that those who broke out Marissa on Hanna Season 2 Episode 7 were working with Mannion's people.

But, no, it was all staged just to sell her on her escape. It was a good thing that Hanna had carefully perused Mannion's phone and identified Grant.

That phone also served to flip Clara, as Hanna found out that Clara's mother was still alive.

Clara rightfully was distrustful as everyone had been lying to her about her mother.

It was a smart move to research her mother on a public computer, although that final email to her mother would have led to her getting caught if Terry hadn't deleted it.

Although Terry was underutilized this season, she will play an important role in Marissa's campaign to bring down The Pioneers should next season happen.

She is more concerned with the girls in her care than she is with Utrax and its intrigues. She chose to let Clara go free and find a life outside the Meadows.

On the other hand, there was Sandy. Maybe Terry should email her about being more compassionate.

Sandy appeared quite caring about her friends in the program. But what a stone-cold killer! It's Jules' nasty attitude behind that sweet face.

She had cut off Clara simply because Clara decided she couldn't kill a father and his daughter.

So why didn't Clara just shoot Sandy instead of handing her the gun? That would have stopped the mission in its tracks. 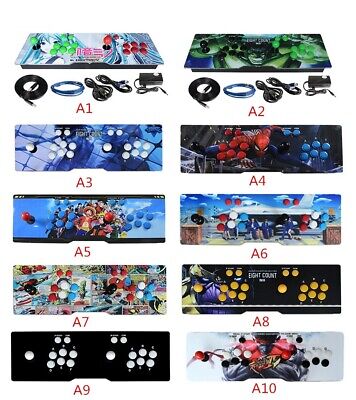 She would have also had a spare gun when she needed it later.

But in the end, it came down to Hanna, that kick-ass waif.

She failed to save Gelder but was determined to keep Kat safe.

Why Carmichael wanted Kat dead was unclear because she knew less than nothing and just pouted for the better part of both episodes.

Then, Hanna was determined to get the target list, despite the police and Utrax agents all over the hotel. And she did, by passing herself off as a rich British boy.

Finally, she saved Clara by killing Grant and winging Carmichael from the roof, only to be rescued in turn by Marissa, who had bullied their possible location out of Sandy.

It was heartwarming to see Clara reunite with her mother, even though they'll be running the rest of their lives. Clara wasn't cut out to be a secret agent.

Marissa's idea for next season is intriguing, as she, Hanna, and the blackmailed Carmichael will work to bring down The Pioneers. Trusting Carmichael seems iffy but she does have leverage on him.

Isn't it about time Hanna won?

Are you glad Clara found happiness?

Do you want more Hanna?

On Survivor Season 40 Episode 14 the final contestants battle it out but only one will be crowned the ultimate winner and take home the $2 million prize.

On Survivor Season 40 Episode 13, in a crucial immunity challenge, the remaining seven castaways make their final push towards the $2 million prize. 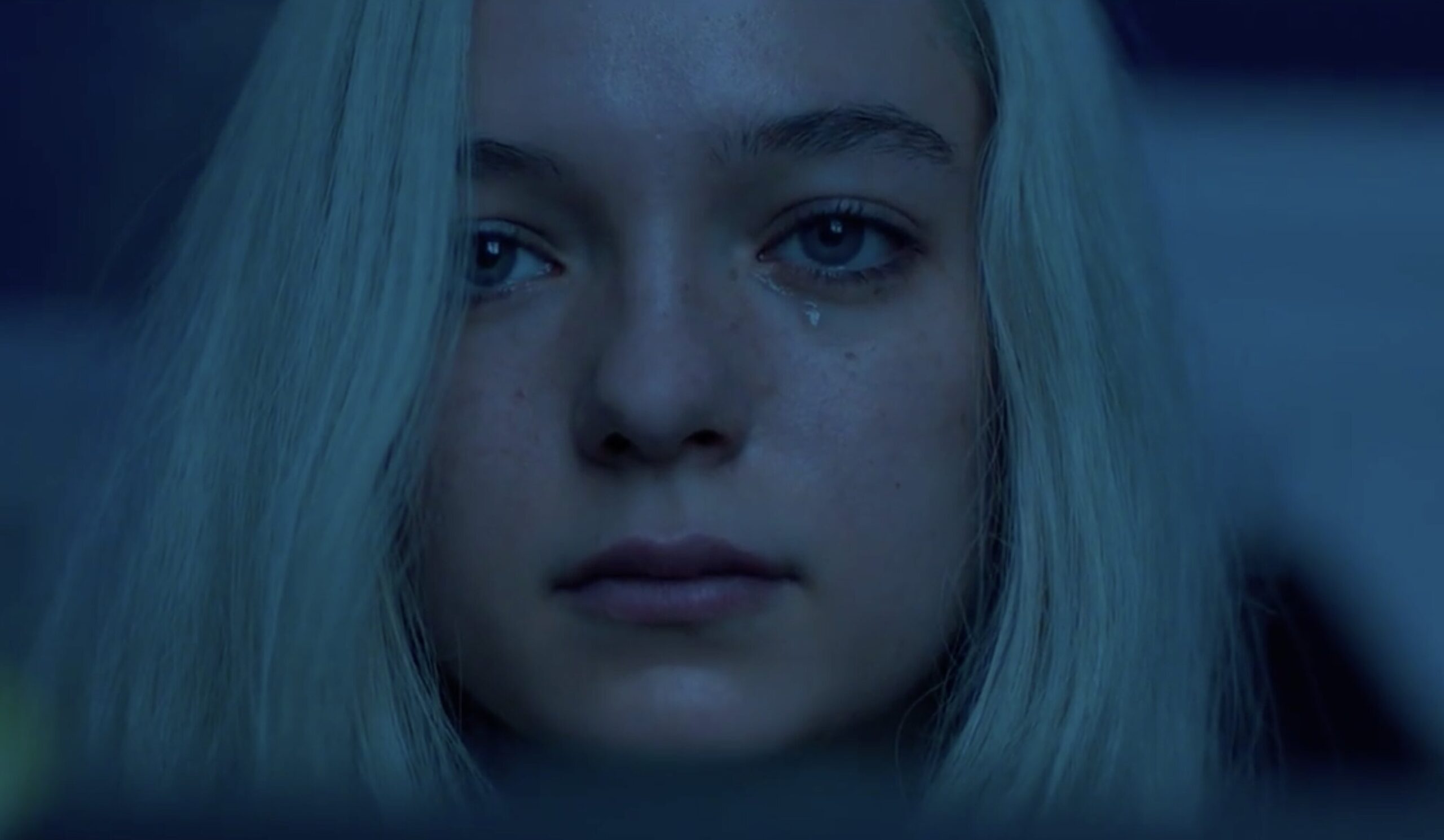 On Survivor Season 40 Episode 12, alliances have a chance to crumble after a tribal blindside and an undercover operation escalates to great heights.

On Survivor Season 40 Episode 11, one castaway plays double agent infiltrating a group they want to vote out, while another searches for the idol.

On Survivor Season 40 Episode 10, castaways put the game aside for a heartfelt moment with their loved ones and the 12th person is sent to the Edge of Extinction.

On Survivor Season 40 Episode 9, a kind gesture paints a target on someone's back, and one person will be the last one standing in a taxing immunity challenge.

On Survivor Season 40 Episode 8, the time has come for the castaways in all tribes to drop their buffs and merge together into one tribe and battle one another.

On Survivor Season 40 Episode 7, the challenges get heavier and it's more difficult for teams to remain in control as the castaways continue to compete.

On Survivor Season 40 Episode 6, the immunity challenge weighs heavily on certain castaways when the two tribes end up being sent to tribal council.

On Survivor Season 40 Episode 5, tribes drop their buffs and switch things up while tensions on one tribe open up an opportunity for new alliances.

I have embraced my Villain side.